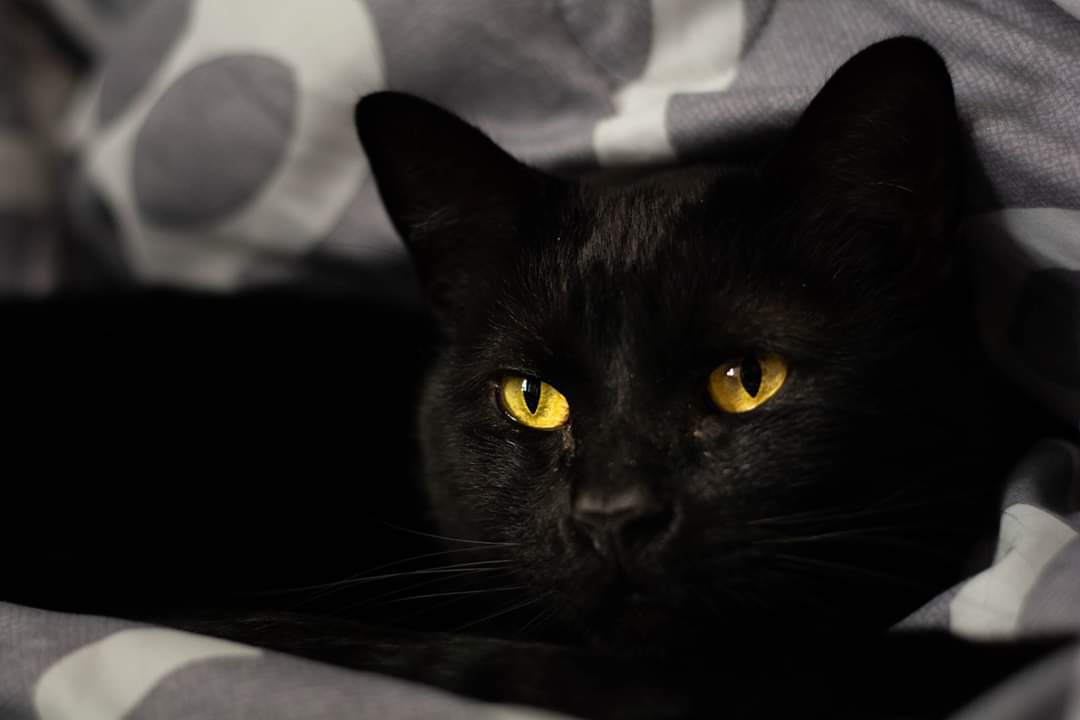 The folklore surrounding black cats varies from culture to culture. The Scots believe that a strange black cat’s arrival to the home signifies prosperity. In Celtic mythology, a fairy known as the Cat sìth takes the form of a black cat. Black cats are also considered good luck in the rest of Britain and Japan.

Furthermore, it is believed that a lady who owns a black cat will have many suitors. In Western history, black cats have typically been looked upon as a symbol of evil omens, specifically being suspected of being the familiars of witches, or actually shape-shifting witches themselves.

Most of Europe considers the black cat a symbol of bad luck, particularly if one walks across the path in front of a person, which is believed to be an omen of misfortune and death. In Germany, some believe that black cats crossing a person’s path from right to left, is a bad omen. But from left to right, the cat is granting favorable times. In the United Kingdom it is commonly considered that a black cat crossing a person’s path is a good omen.

A lot of people are superstitious and so don’t like black cats, but in this day and age that is a really unreasonable thing to believe in.

Black cats are hard to photograph!

In general black cats aren’t particularly harder to adopt than any other cats but it just can be hard to photograph them; especially in a shelter environment when you don’t have great lighting…