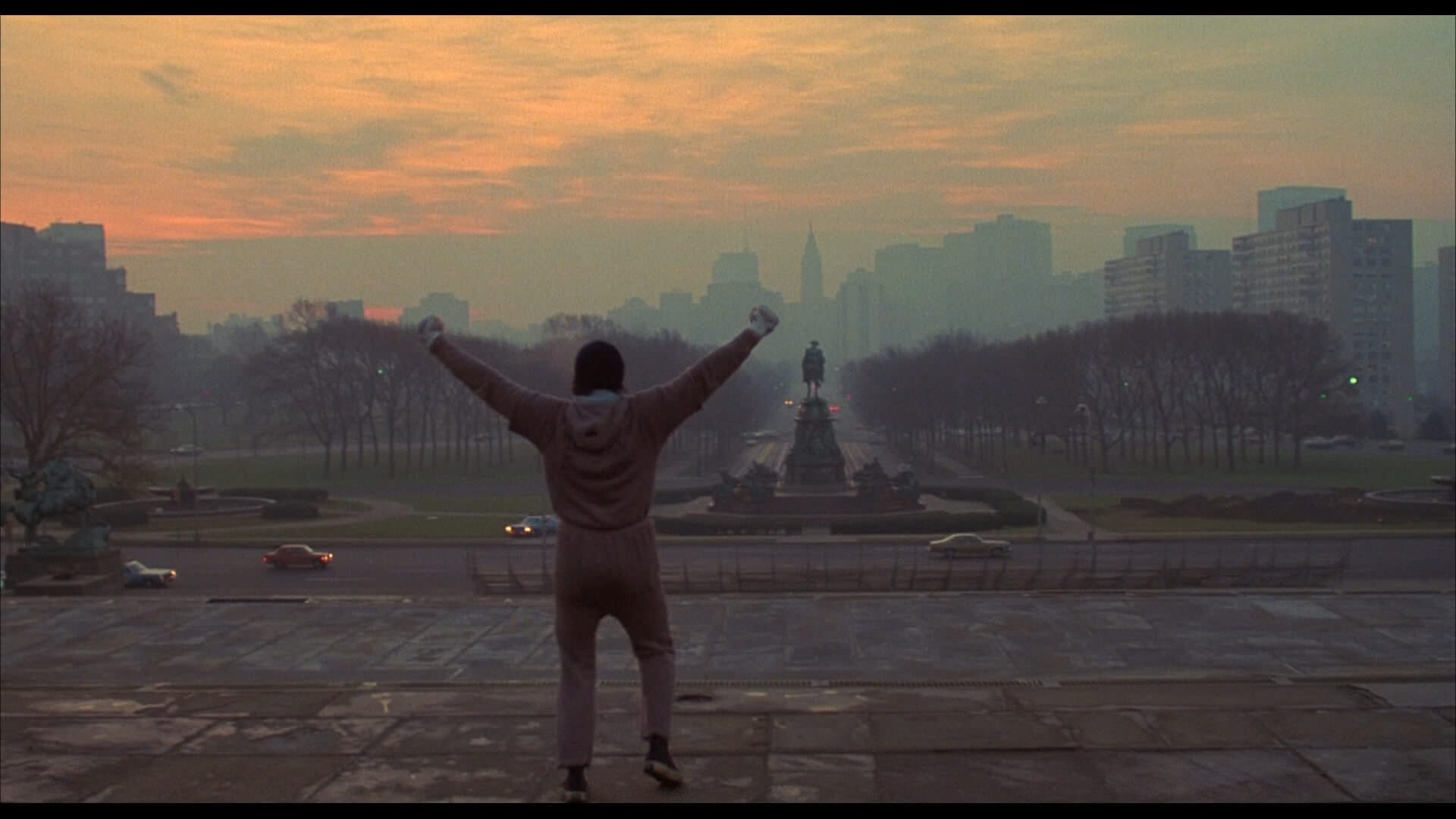 While both Sylvester Stallone’s Rocky and Rambo series quickly became marked by out-sized patriotic ambitions as their titular characters would go toe-to-toe with the Russians for America’s honor, it’s easy to lose sight of the fact they began not as jingoistic blockbusters, but earthy, naturalistic portrayals of an America that eats itself. Rocky (and Rambo) weren’t fighting for America at the beginnings of their lengthy cinematic journeys; they were fighting for survival in a system that either chewed them up and spit them out in the abattoir of military might, or simply left them to rot as used up husks when they could no longer provide a spectacle for the masses. They were hardly the valiant spearpoints in the eternal fight against communism they became touted as, but objects to be used when needed, and then tossed in the refuse pile where America no longer has to think about what they mean for the soul of their country. Though it’s hard to deny Rocky‘s rousing spirit of underdog triumph, it belies the harsher realities of Stallone’s picture. What audiences and critics alike have heralded as a feel-good parable of the American Dream is, in fact, a cutting look at why that notion is nothing more than the stacked deck of the crooked gambling house, no more corporeal than its name suggests. 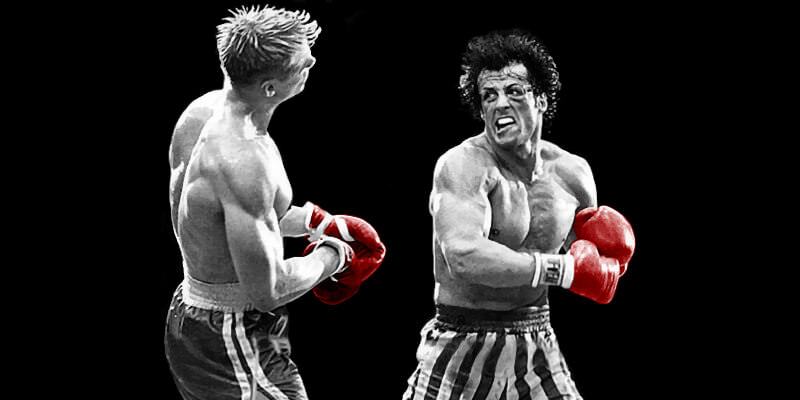 When Apollo Creed, Rocky’s upper-crust rival ––bedecked in Stars and Stripes–– steps into the ring to face the Italian Stallion in a match that is set up as an act of pure commercial humiliation, a physical rendition of capitalism at work, Rocky isn’t meant to stand a chance. He’s a nobody, a bum. Meanwhile, Creed represents the maddeningly tantalizing side of the American Dream: a business-savvy black man who through sheer talent and acumen was able to rise and make it in the world, embracing the country that has for the moment embraced him, all past sins forgotten in the margins of a contract; a brand of corporate patriotism that prefaces the era of Reaganomics to come. As Apollo plots his next course in the enterprise of himself from behind a heavy mahogany desk, Rocky is giving an interview in the background on a small television that nobody is watching.

Rocky’s “one-in-a-million” shot was never meant to be anything other than the opportunity to fatten Creed’s pocket at the expense of his own humiliation, providing a basis for the narrative of the American Dream to persist, for the throngs eager to bear witness of the idea that they too could be offered the opportunity to “make it.” “See?” it whispers, “You too have a fair and honest shot to make a name for yourself.” Sure, you have a shot to make a fool of yourself. All you have to do is sign the dotted line, take your beating, and go back to your separate world of poverty like you’re supposed to because in your stink and in your depravity you don’t really belong in polite society, do you?

What Apollo never counted on was the fight (the show, to put it in his terms) was not a business transaction to Rocky but a matter of his personal survival. The stakes are life or death because outside of fighting, Rocky has literally nothing left to live for. On his date, that’s all he talks about. In his free time, it’s all he does. Even when he’s standing around waiting, Rocky still nervously throws punches at the air around him, fighting to stay afloat in a life that is suffocating him in the indignity of a poverty no one wants to look at. “Took you ten years to get to my house. Huh, what’s the matter? You don’t like my house? Does my house stink? That’s right, it stinks!” He screams at his erstwhile trainer from behind the closed door in the shame of his apartment.

Rocky’s personal orbit is one that suffers from the same indignity he does, though without the physical means to fight it. His mush-mouthed friend Paulie is so strangled in self-loathing he would pimp his own sister out to Rocky and apply his own negligible talents to aid him, just to latch on to what he views as his one shot of escape. When the media comes to interview Rocky about his unconventional training process in the meat packing plant where Paulie works, they tell Paulie to get out of the way. Paulie doesn’t fit into the narrative of the match-up between Creed and Rocky, because people want to believe in the myth of the self-made man.

The duel itself takes place in a ring enshrined in the stars of the flag. Rocky is no longer fighting a man but an idea, and the only possible way he can win is to do so on his own terms, outside the system of oppression that has put him there. That doesn’t mean Rocky can win the match, because he never stood a chance, but in his anger at being forced into the life of a nobody, he is able to avoid the embarrassment being foisted upon him, proving himself as a man who will not go down in history as a footnote in another man’s million dollar deal. Rocky endures not for Creed, the money, or the fame, but for himself and for Adrian. Together they can craft their own narrative outside of the crushing demands and expectations placed on them because of their status.

Ultimately, it’s fitting that Rocky, Rambo, and Stallone as well, all go on to have their own Apollo Creed moments. The world that once ignored them or ridiculed them will embrace them only when needed, and they too will embrace that world; all the stains of their own blood and sweat on that red, white and blue forgotten in a wash of green. In this context, it becomes clear why the image of Rocky swathed in the American flag or Rambo gunning down Soviets has become the lasting imagery of these series while their painful origins have more or less been brushed aside by culture at large. It’s more comforting to believe your country will only reward bravery and strength, rather than leech it to preserve the status quo and sweep those who didn’t make it back under the rug –– back to dingy row houses on side streets in Philadelphia that you walk passed a little faster, that you never turn your head to look at.